It is the last day of April and we have had jsut over an inch (29 mm, to be exact) of rain for the month.  While the soil is still very dry and "follow on" rain is desperately needed,  I have planted more of the garden in the last week or two.
The plants that I have been watering and sheltering are mostly doing ok....  an assortment of brassicas... 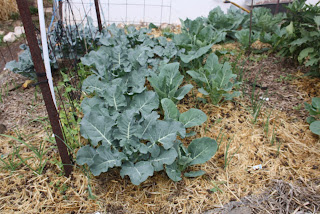 Notice the "re-inforcing mesh" in the background,  and some here too,  near the garlic... 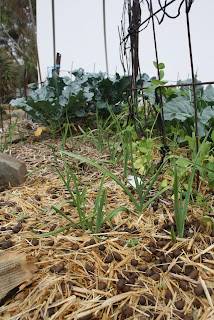 I have planted out some rescued chinese brassicas as well...  and I have had to protect the plants from my dog.  She loves to dig them up to get the goat poo that is underneath.  This wire mesh (that has also been used as a trellis to grow peas and cucumbers) deters any digging,  though you can see where she has taken out tow plants on this side.... she won't walk across the mesh! 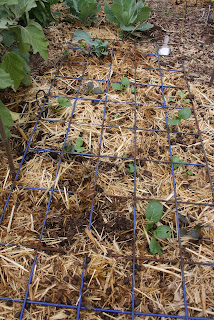 Most of the plants survive, and once they are big enough,  she seems to leave them alone. 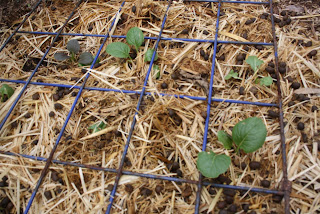 Here are some other pieces of mesh that I use, depending upon what I am planting.  Some of these stop birds digging tiny seedlings out of the ground. 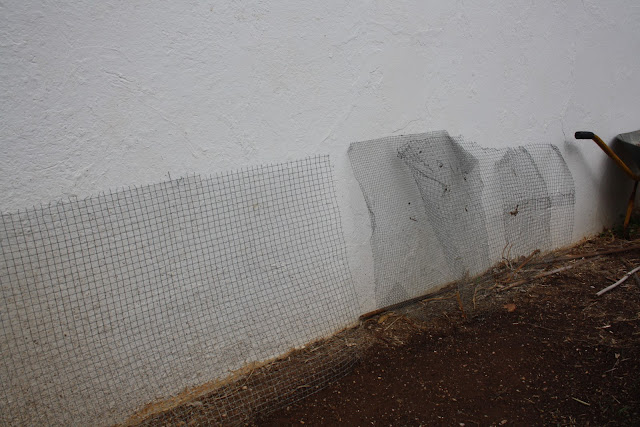 The last plants to be covered with the blue mesh are here..... 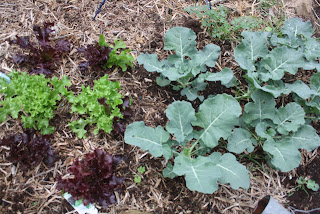 ... no longer needing to be covered and doing quite well.

Since this rain, over the last couple of weeks,  this garden that had been covered with straw (protected from the sun all summer) has shown some life....  potatoes (from ones that I missed last season) some coriander (self sown from the coriander "straw" at the other end of the bed, and some garlic... again from a few that I missed when I was digging it up before Christmas. 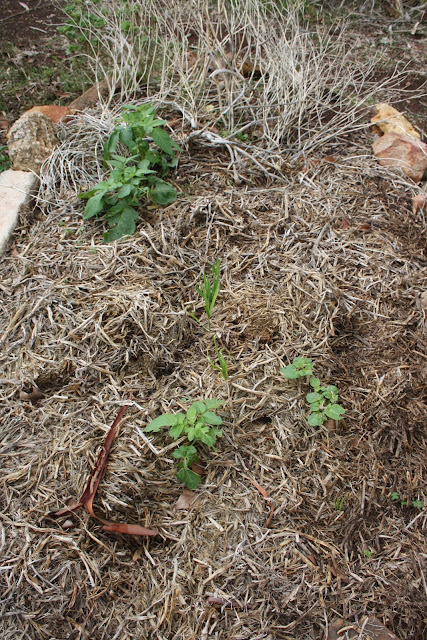 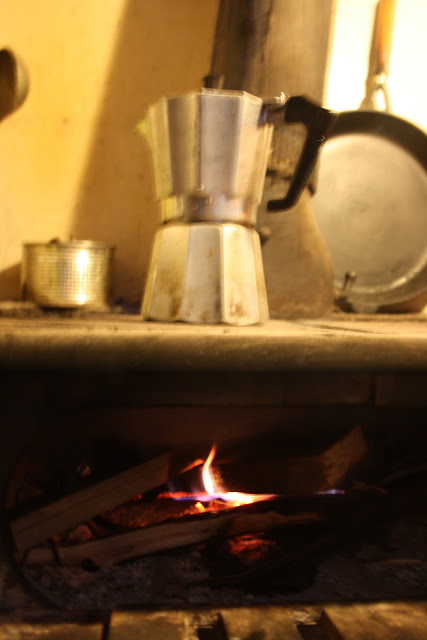 I have a curry leaf tree  (Murraya koenigii) growing in a huge pot in my back verandah.  I have brought it inside because previous attempts to grow one have been thwarted by frosty weather in winter.  The joke,  of course,  is that since having this particular specimen and through last winter,  we had no frosts at all.  The tree is healthy and produced berries this year.   It is looking healthy.

In the last few days,  however,  I have noticed some tiny "looper caterpillars" on the leaves. 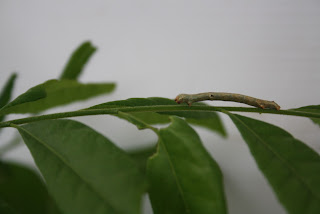 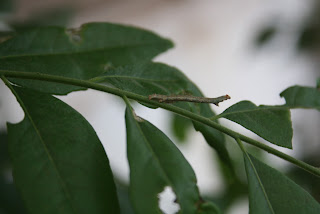 These are quite tiny,  quite obvious and I have handpicked them and added them to the diet of the chickens.

I have been trying to find out what they are,  and discovered these moths... and there is one moth that I do find in the verandah that could well be the right species.
This is the one that looks most like the adults that I have seen.    (Photo is from the website linked above.) 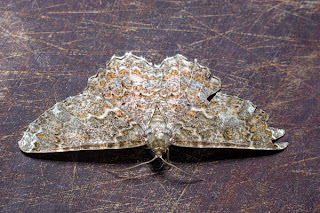 The orange bits on the wings are a little more obvious on the moths that I see.   I couldn't find an adult today,  but you can bet that I'll be watching out for another one from now on.

Sustainability and The Automatic Earth

Yesterday,  I attended the Adelaide version of the Sustainability Showcase that is travelling around the country during March, April and May...  April 27th was Adelaide's opportunity. 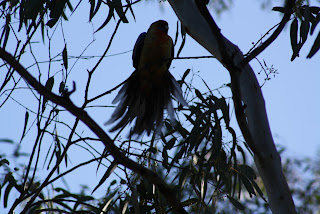 Technically,  I live in the "Greater Metropolitan Area" of Adelaide but there is no public transport here,  so I left home just after 7 am to get to the end of the trainline and park my car,  in time for the 7.54 am train.  The hour long trip got me to Adelaide just before the 9 am start and I had a 10 minute walk to the venue.  I was a few minutes late for the "housekeeping" announcements, but in plenty of time for the first speaker,  Nicole Foss from The Automatic Earth. 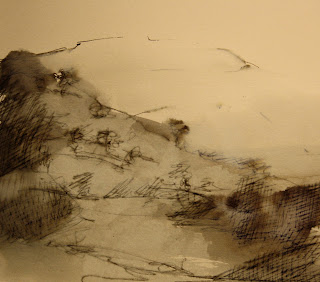 Nicole Foss's presentation was concerned with the economic issues that our society/civilisation is facing.  However,  as she said, this emphasis is merely because the financial 'hurdle" is closer than the energy or environmental ones that are to follow.  While I agree with this premise and understand the reasons for it,  other speakers concentrated on different issues...  sustainability of the economy, transport issues and biodiversity.... and the common theme always seemed to come back to the idea of community.  Whether people are moving towards self sufficiency in food and energy,  active transport or environmental regeneration, the conversation always leads to community and local involvement. 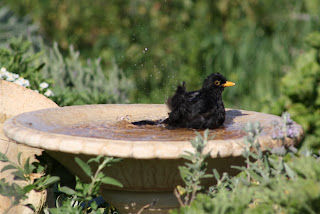 The concluding remarks did cover issues that are fairly confronting...  changes that are going to happen whether we are prepared or not,  but once again,  the optimistic note continued with the theme of community and cooperation.

The only misgiving that I had during the day was the concern about biodiversity in the South Australian area.  I know that biodiversity is significant and that the birds, insects and wild life... those that remaiin in my garden... do benefit my vegetables.   In the last decade, as I have grown food,   but also increased some of the native species in my yard. 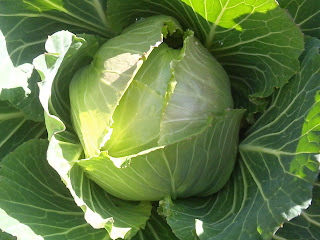 As I walked back towards the railway station, I really did feel a little more hopeful, despite the broken beer bottles and garbage on the footpath.   At the railway station,  there were police with a dog checking everyone who got off the trains that came into the station.  As I waited for the Gawler Central train,  I saw several people that were selected by the dog and who were then taken aside by police.  I have no idea what the problem was,  but the attendance of at least ten police officers in their new black shirts and looking rather threatening seemed such a contrast to the feeling of community and friendliness that I had enjoyed during the day.  I don't look forward to being "in the city" these days. 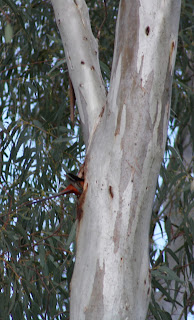 I arrived back at Gawler Central by almost 7 pm and as I drove home,  the moon rose above the Northern Adelaide Hills and the bare paddocks (we have had very little rain) I felt pleased to be back in my own community... Kapunda is a small town, by "city standards".  If one goes to the corner shop or the post office,  there is a good chance that one will be there for some time....  and several conversations later, errands are done and one returns home feeling accepted and supported in a particular way.  It's true that "everyone knows your business" as they say,  but that is what community feels like.

The first saffrom flower for this season.... 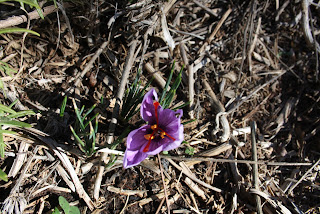 ... and here are the saffron strands...  already drying. 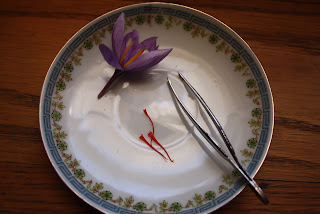 These plants have been productive every year since I moved them to their new spot.
No comments:

Autumn planting and the labyrinth keep me busy.

I've been out planting the new vegetables for the past several weeks, most recently,  the onions and garlic and a few brassica seedlings.

There are more autumn crocusses too,  though no saffron yet. 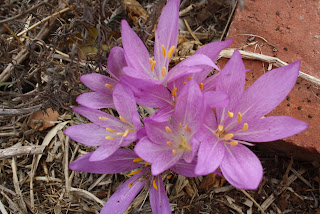 ... these are lovely,  but I always like to find the saffron ones too.

The vegetables that I planted a ffew weeks ago are doing well... 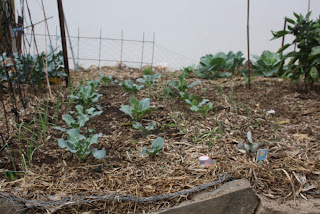 .... here are leeks, broccoli, cauliflowers, cabbage, red onions and some beet root seeds that are just coming up... the plant on the right hand side is a capsicum that is stull producing.... 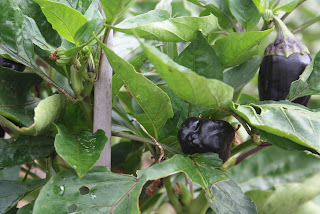 ... this year I planted the "chocolate coloured" ones... they tase the same as the green/red ones,  but look very different!

I am still picking basil.... 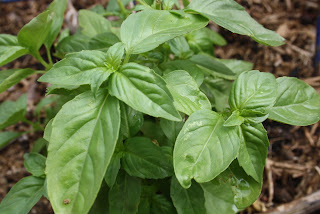 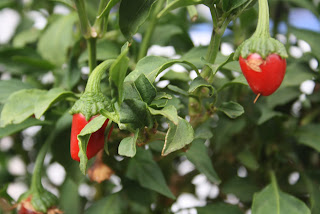 I have frozen some (whole) in a plastic bag,  and I am always in tow minds about doing that,  because the red ones taste very similar (a bit sweeter,  but still mildly hot) and the "keep" just as well on the bush.
There are still some eggplants.... 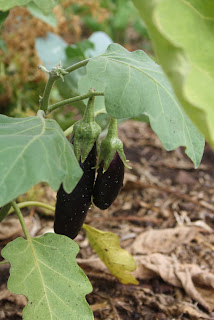 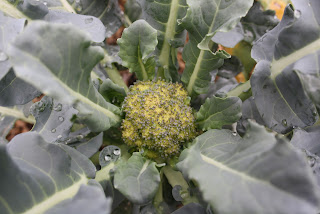 Meanwhile I have been spending time on the labyrinth project.... five circles so far, and a tangled path! 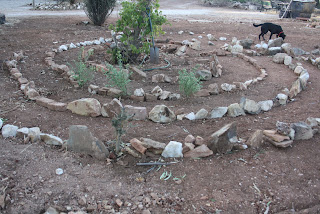 .... still mostly rocks, but I have been planting a few bushy plants as well.  Ebony wanders through,   but doesn't do much to help.

From the other direction,  the green man can be seen on the back wall of the "aviary" and the incomplete circles are very obvious. 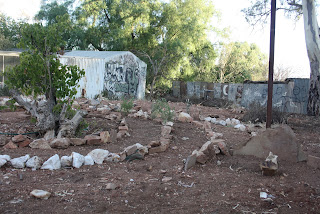