According to the bureau of meteorology,  this has been the hottest spring ever recorded,  and so far,  the hottest year ever recorded.  We have had a few days that have been more than 40C (104F) already and with no significant rain since July,  the garden has dried out early.  The colour has changed from green to brown except where I have watered daily and most of the garden beds are covered ready for the summer…. I have mowed the grass, but left it on the ground to protect any life that remains…. 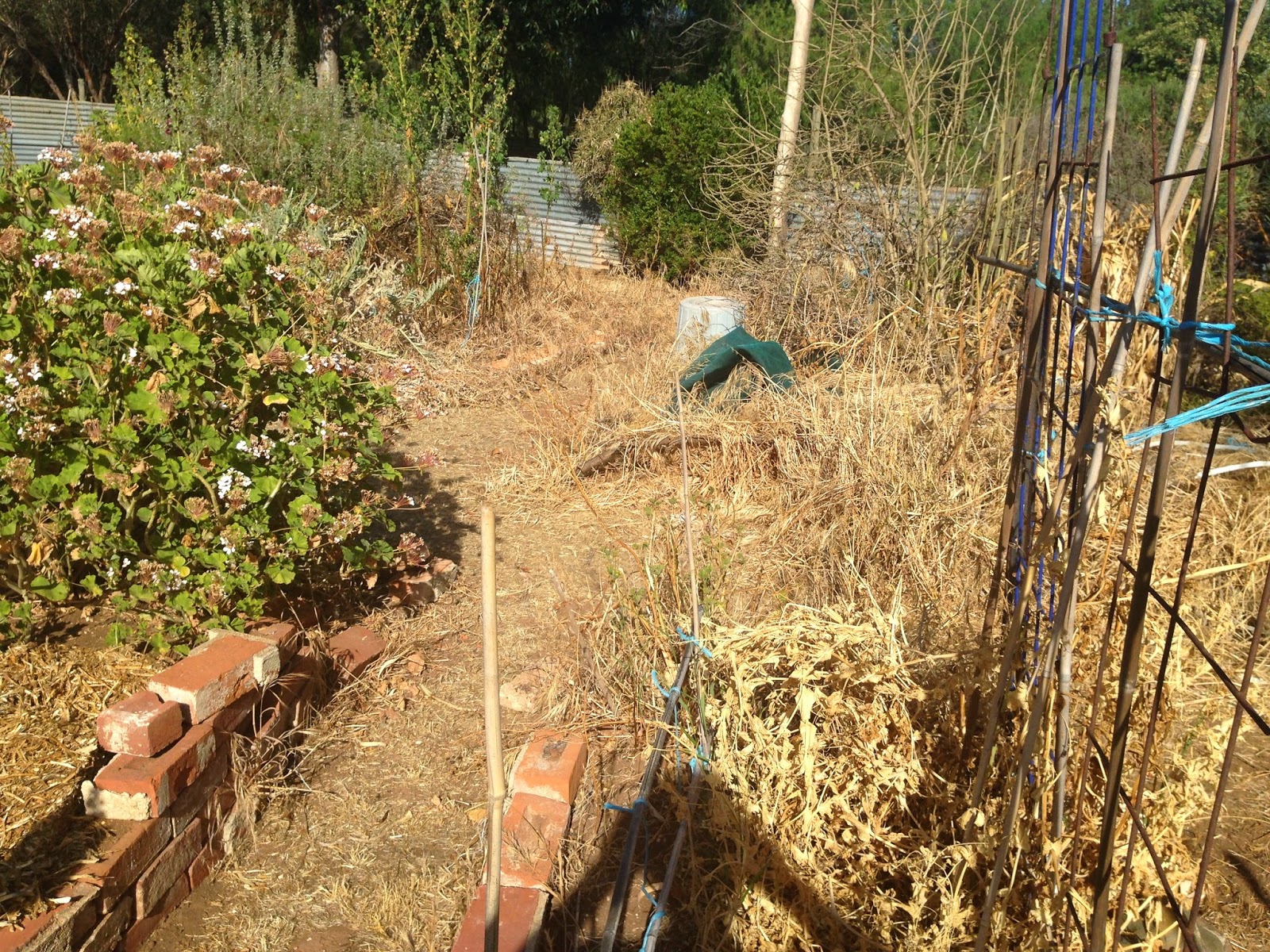 … actual garden beds are watered and covered with pea straw to protect any micro-organisms that remain.  This garden bed (below) produced carrots all winter and the remaining plant is the single dill plant that grew from the packet of carrot seeds (from Diggers.) 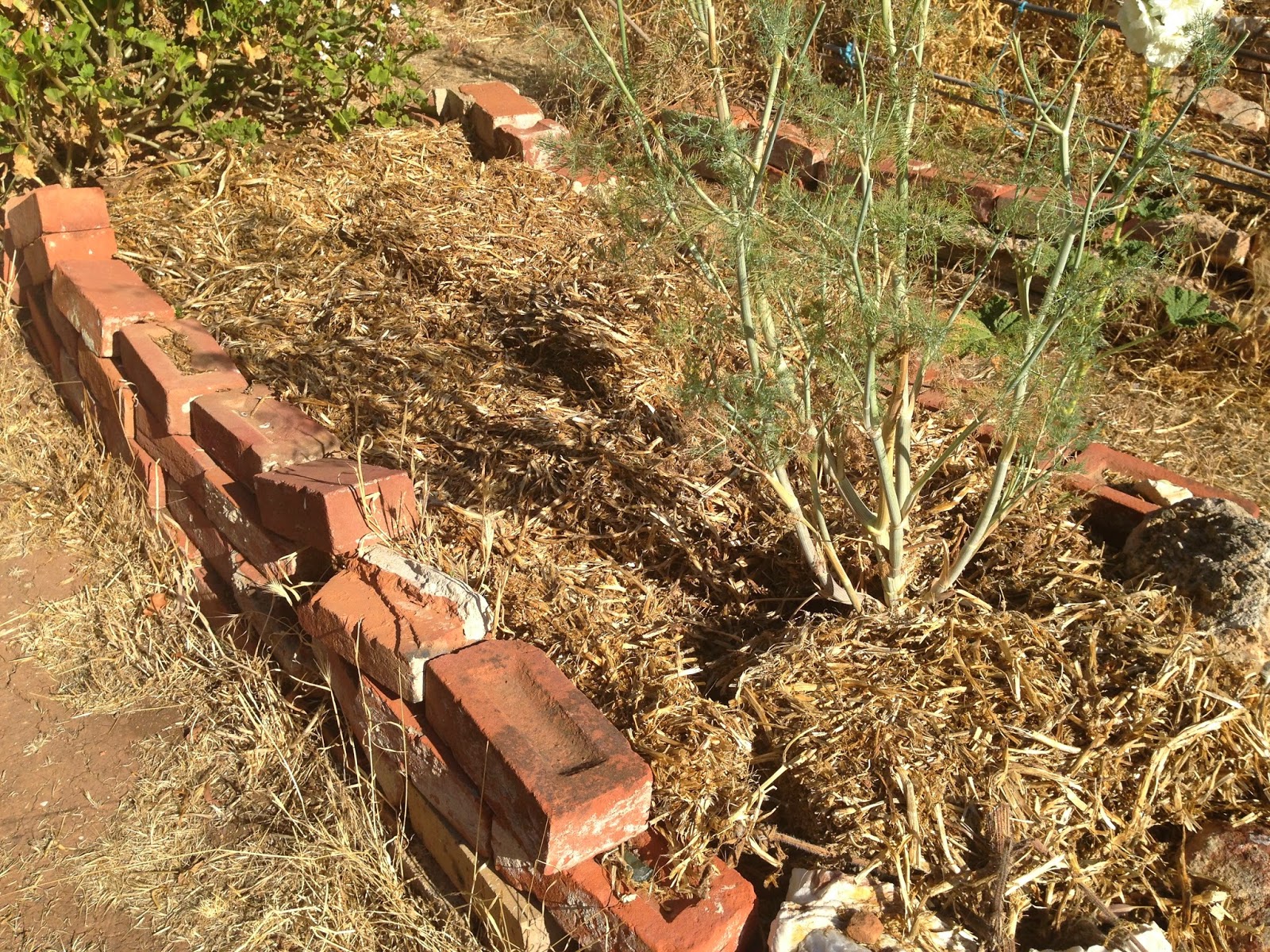 The ground is dry.  Cracks are up to an inch wide.  Clay soils do this spectacularly…. 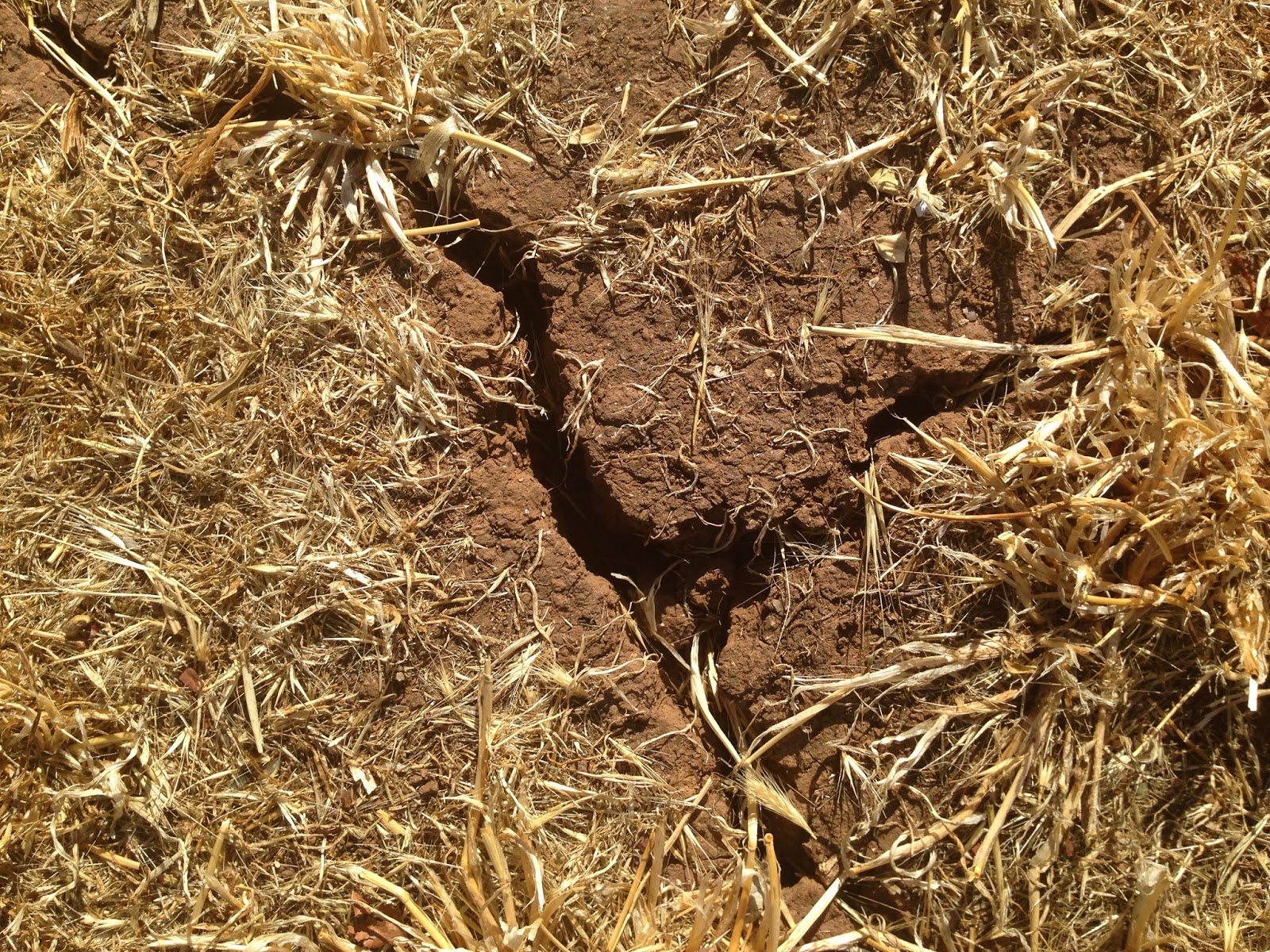 My garden that continues to feed me for the summer (currently broccolini, eggplant tomatoes, lettuce, silver beet, beans, fennel, celery, kale, jalapenos, capsicum) survives with daily water (difficult while fighting wth "non-wetting" soil) and my old lace curtain (bought for $5 at a garage sale)  has lasted for about 5 years,  though I may need another op shop/garage sale expedition before next summer. 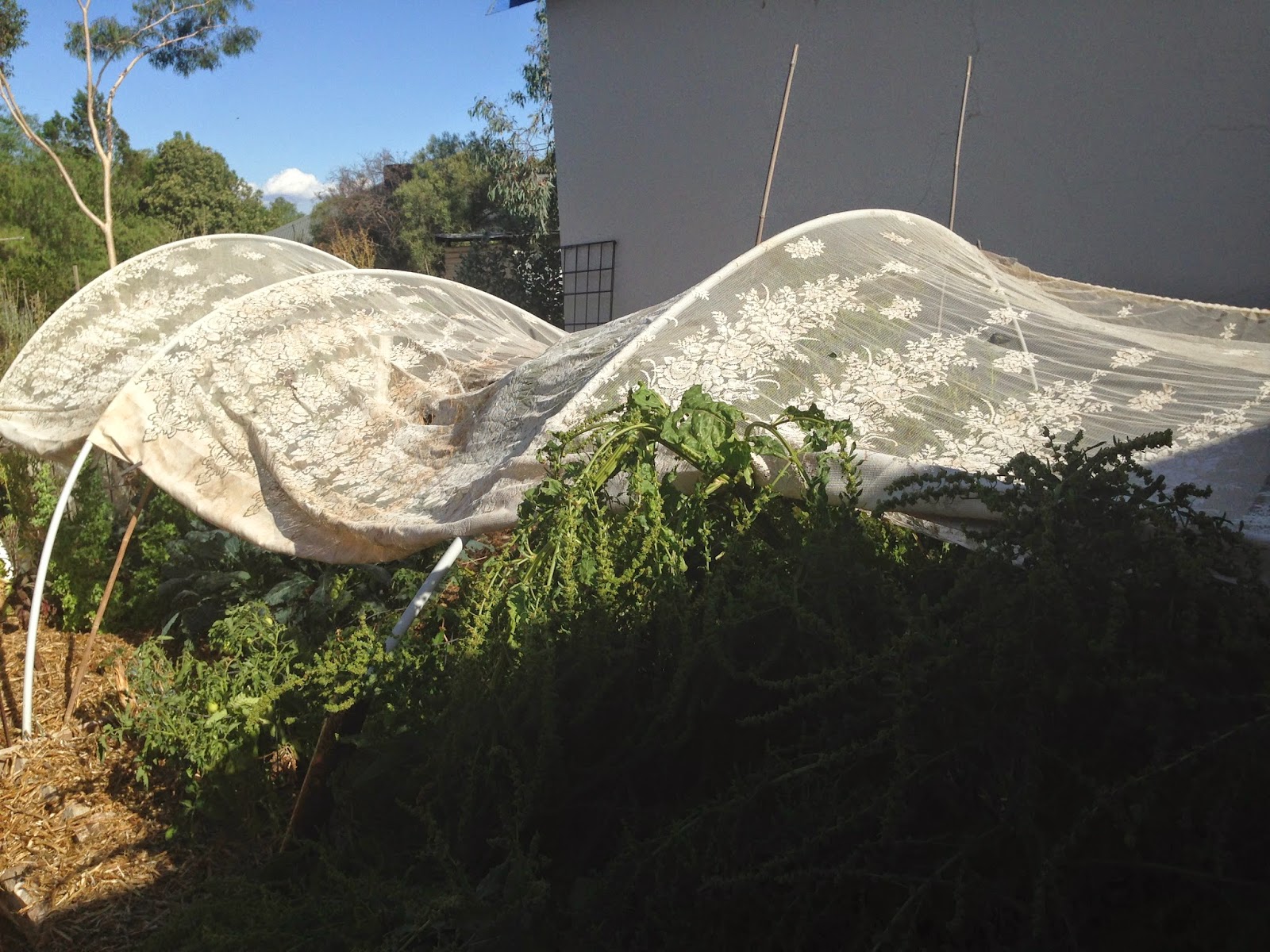 I have recently moved a lime tree that was looking very sad.  Since arriving at the new spot,  it has sprouted a new shoot….. 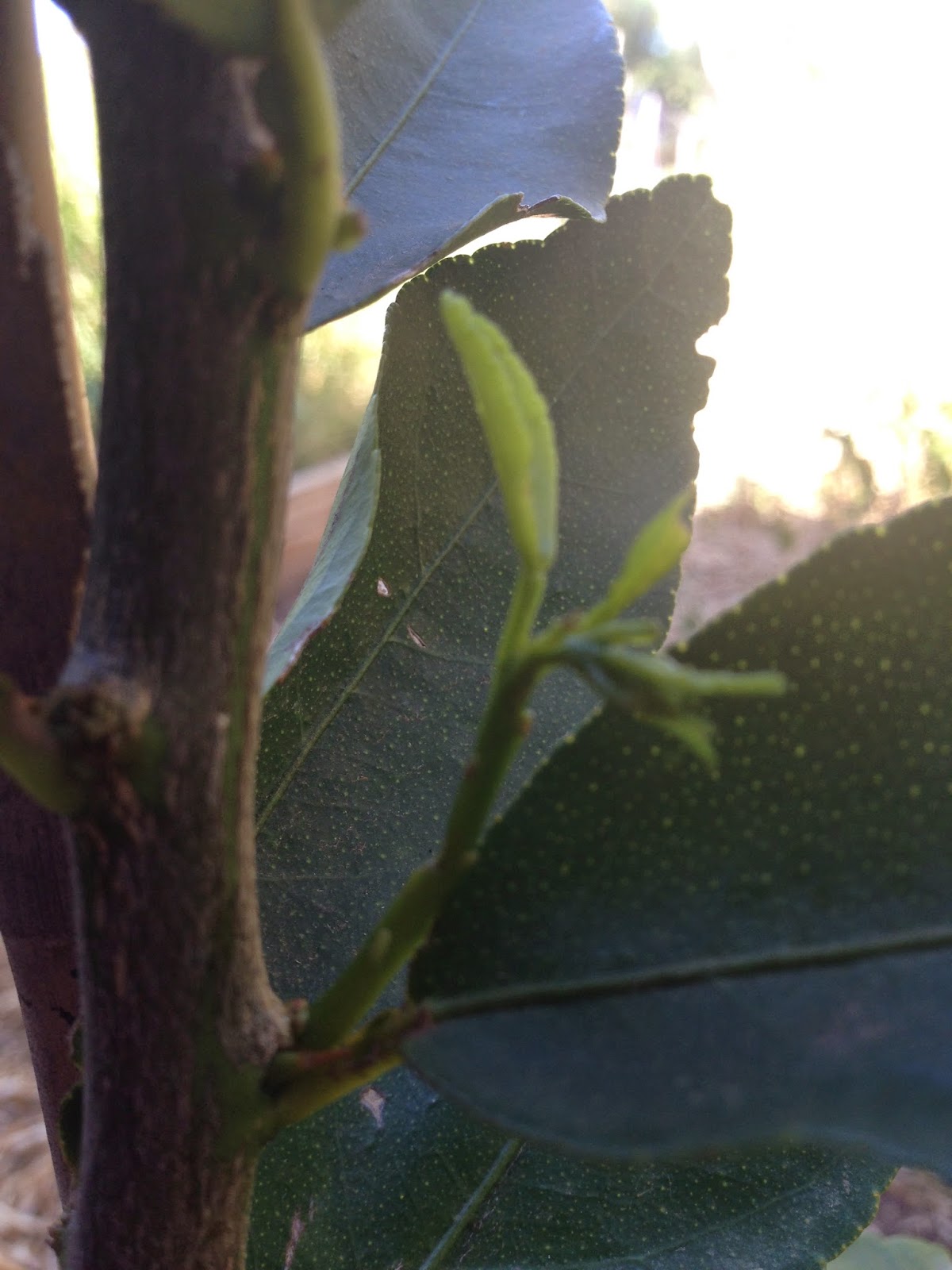 … perhaps it will survive!  I am not so sure about a couple of the espaliered fruit trees eslewhere, but more about those later. My espalier experiment is underway.

Inside,  I am sorting and sifting seeds collected from an assortment of plants… ready for next year.  The dill plant has produced plenty of seeds,  and having discovered how much nicer fresh dill is when compared to the dried variety,  I will be planting quite a bit next year. 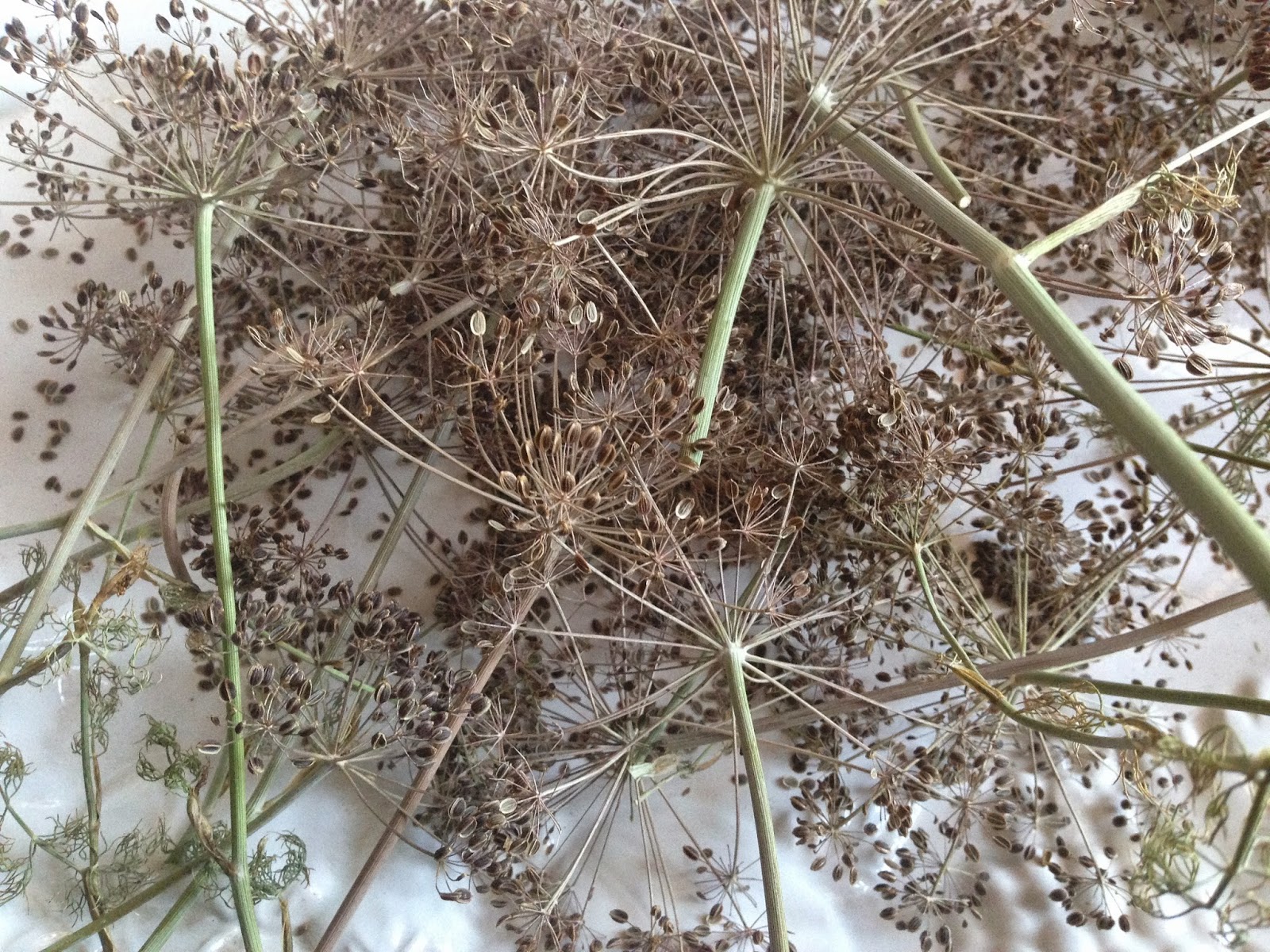 These are Russian kale seeds… 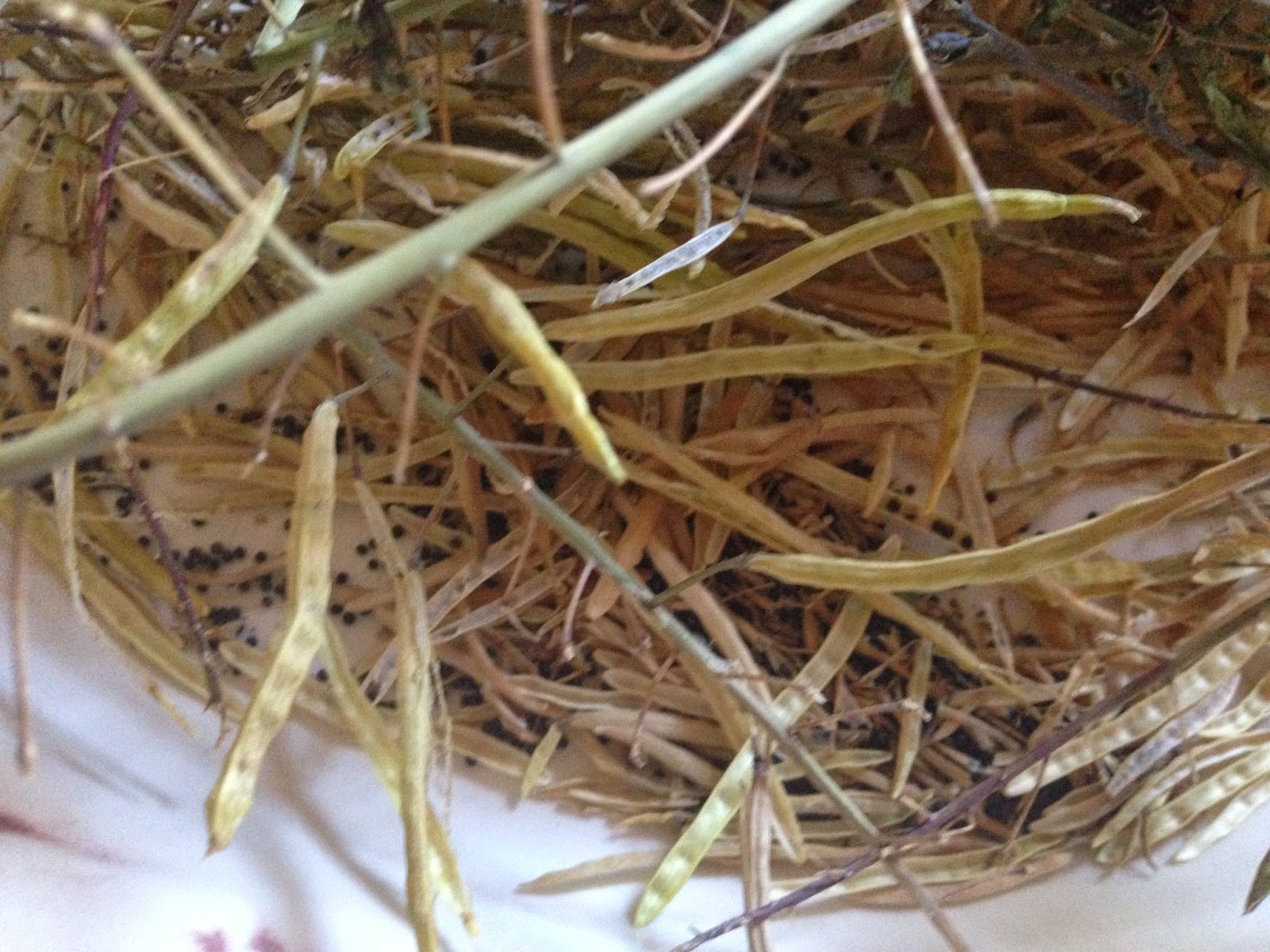 …..these are much less troubled by cabbage moths and so I think I will be planting plenty of these too, along with black kale as a decoy.

My bookshelf is housing some of the seeds…. 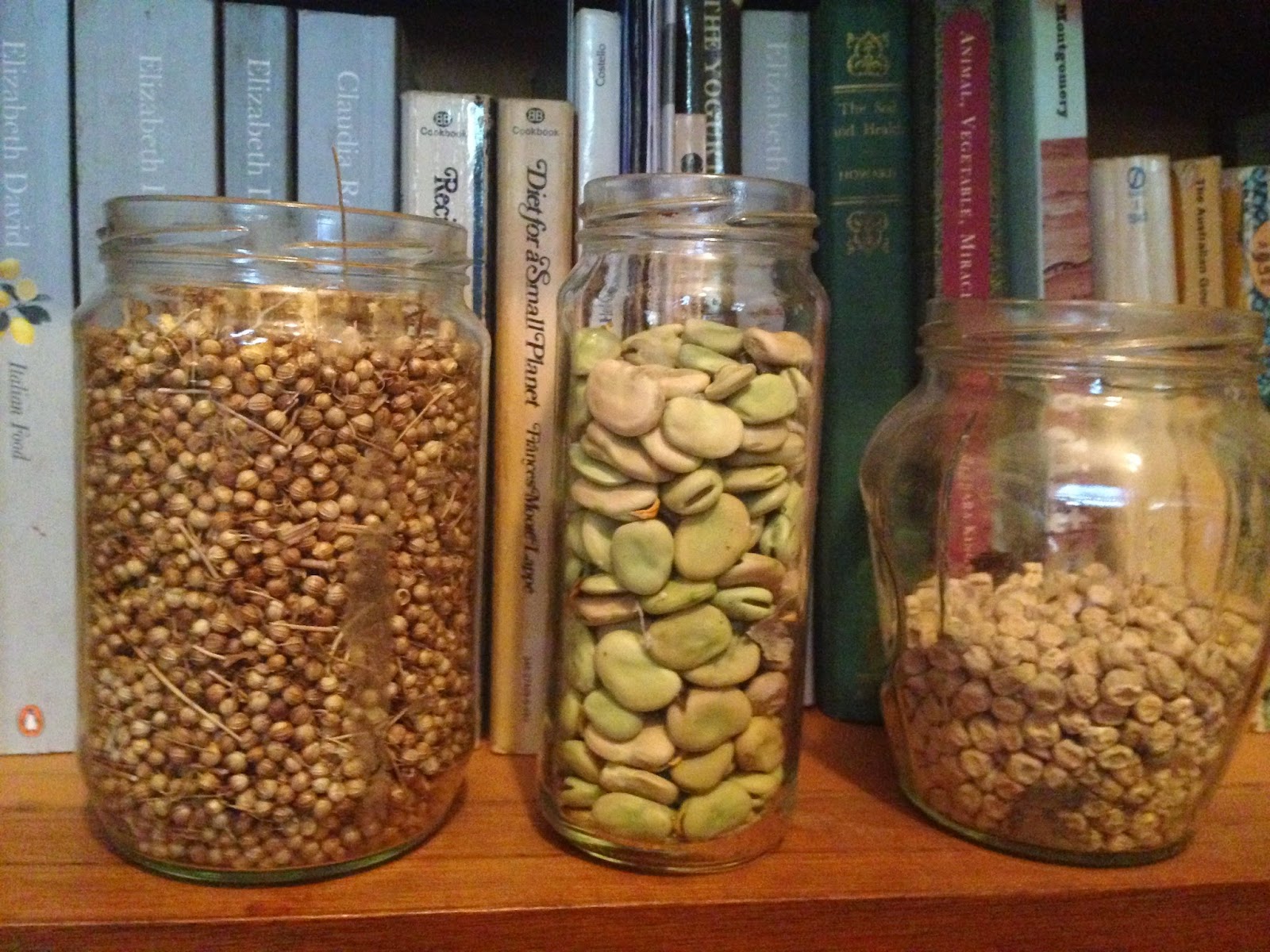 Many are already packed up and stored in the cool of the bottom shelf of the above bookshelf…. 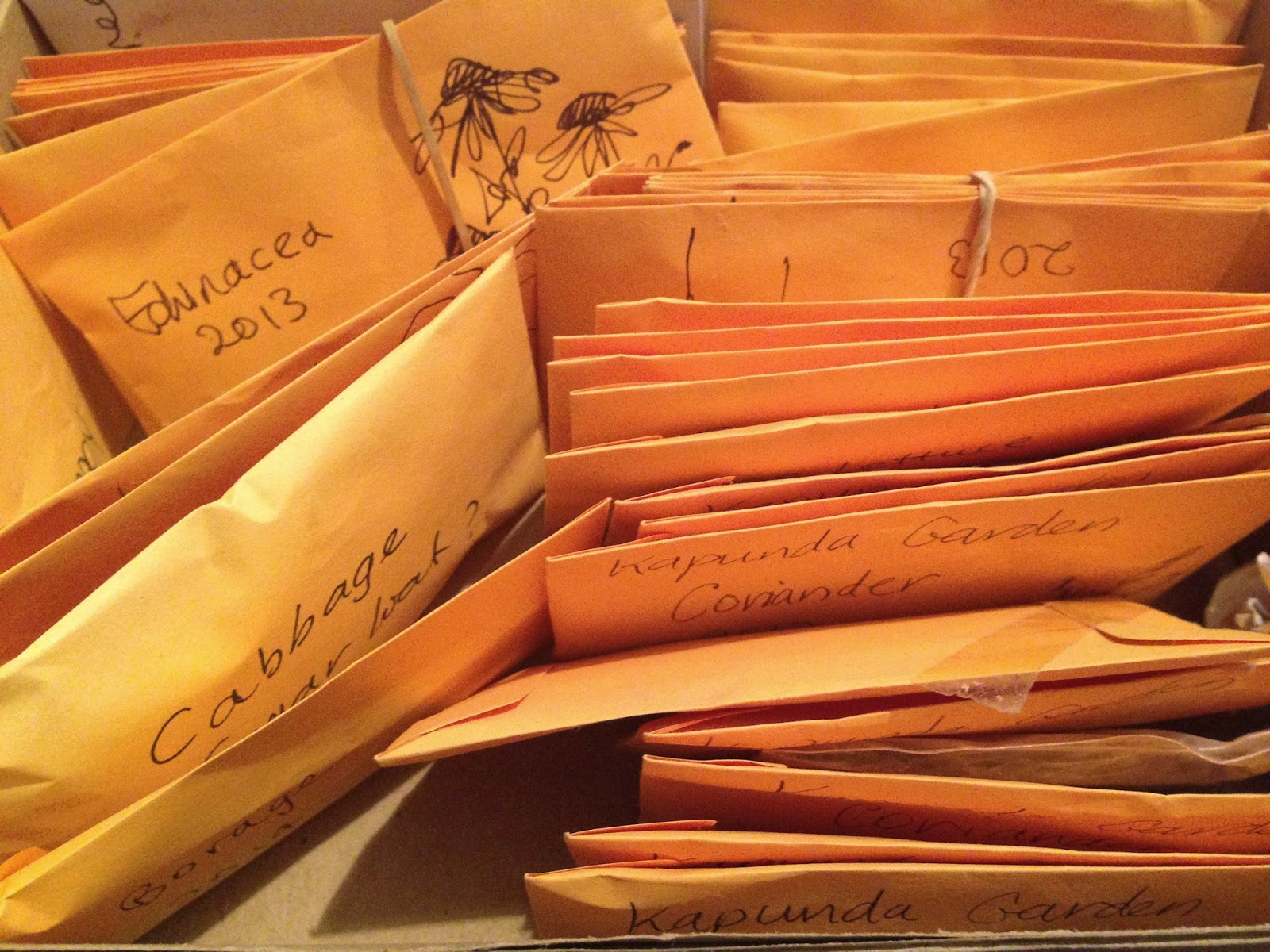 … a whole new opportunity waiting for next year.